We planned to carve pumpkins the night before we left on our big D.C. trip. It was a good plan; we didn't want the jack-o-lanterns to get too mushy too quick, but we did not plan on being exhausted and rushed as we were supposed to be out the door the next morning by 5AM. Of course, it all worked out in the end and the kids didn't notice anything different about the experience at all. They were soooo excited!!

Lizzie saw a great idea online - carve a Jack Skellington pumkin! That's one of her loves these days, the Nightmare Before Christmas, she has a weird infatuation with Tim Burton movies. 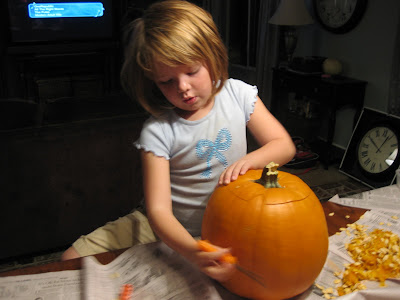 Logan also found a cool template online for a jack-o-lantern face. I don't think he liked pulling out the pumpkin guts very much... what do you think? 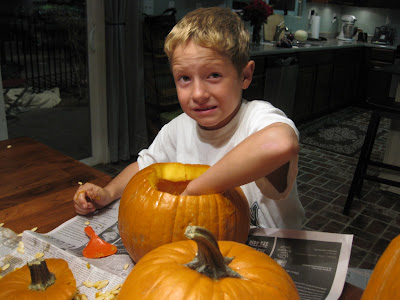 Trevor decided to go with a creation of his own. Confident boy. This was the same day he played his last GLORIOUS football game (note the undereye marks of a true football player) and he was feeling like he was on top of the world! 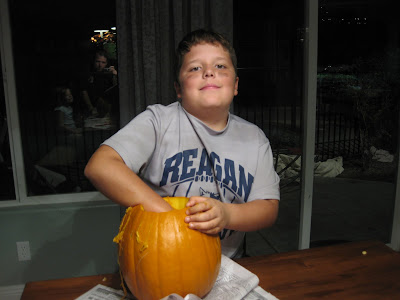 I hesitantly put up this picture - oh man, I was sooo tired already!! It had been a long busy week to get us out the door. 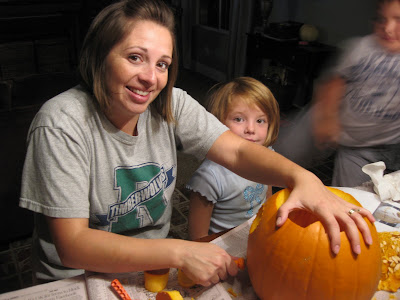 Here's Lizzie's finished project. It turned out pretty good if I do say so myself! 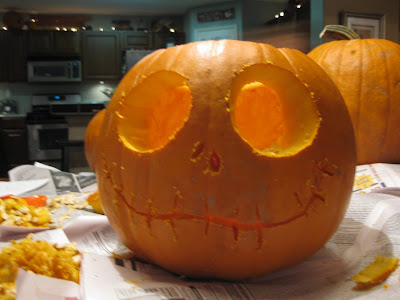 Oooooooohhhh... Trevor's is on the left, then Logan's, and finally Lizzie's on the right.. 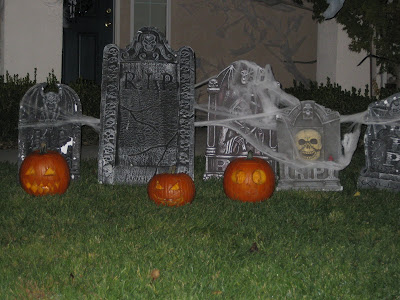 I don't know when our front yard became a graveyard, but those pumpkins did look pretty cool out there next to the headstones.
Posted by jennifer at 6:00 AM