Trevor chose to wrestle this year - thanks to a little peer pressure from Jacob and Jacob. He's finally old enough to participate in the sports offered (FREE) at the school. He's having fun, but is scared out of his mind (thank you to his high school age coaches) that he will break some part of his body before the season is out. 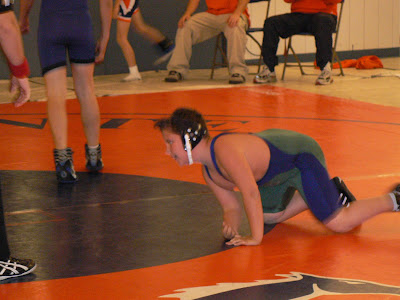 So far he's wrestled 2 matches. He has filled in on Varsity both times because there weren't enough players to fill the spots. He tried his best both times, but has yet to win. (Notice Trevor is under this guy, most likely a 6th grader, had him pinned in about 12 seconds, but not before he picked Trevor up completely off the ground and threw him down on his back. Trevor was stunned and couldn't move for a full 3 seconds.) 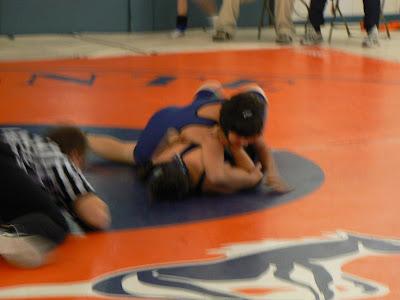 He got some great advice from all of my brothers. None of them broke anything when they wrestled and that was a great comfort to our gentle boy. 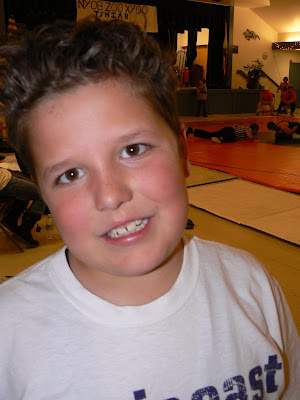 He does like to tell people that he wrestles Varsity. He thinks he's pretty hot stuff. So make sure you ask him about it.
Posted by jennifer at 6:00 AM